The NIA posters seeks information about few NSCN cadres, who are suspected to be involved in the killing of MLA Tirong MLA.

Few posters doing rounds on social media, especially in eastern Arunachal Pradesh clearly indicate that the National Investigation Agency (NIA) has not only zeroed in on the killers of sitting Khonsa West MLA Tirong Aboh and 10 others in an ambush near Bogapani in Tirap district on May 21 but also on their lookout.

The NIA has apparently made a major breakthrough in the case that had sent a wave of shock across the country the way some insurgent group had killed the MLA and his aides were killed. After this heinous killing, the case was handed over to the NIA in June last.

Tirap, Changlang and Longding (TCL) districts are decaled “disturbed area” by the Union MoHA with incidents of murder, extortion, loot and other subversive activities carried out almost on a regular basis by underground militants. Insurgent groups had shot dead former Congress Arunachal East constituency MP Wangcha Rajkumar in a badminton ground at Deomali in Tirap district in December 2007.

The MoHA through a notification on 13.04.19 had declared TCL districts and eight police stations bordering Assam “disturbed areas” under the Armed Forces (Special Powers) Act (AFSPA), 1958.

The GoI withdrew the “disturbed area” tag partly from three other districts bordering Assam including Namsai, Lower Dibang Valley and Lohit district. The tag was withdrawn from the other four police station areas of the Arunchal’s districts on Assam border, due to improvement of law and order situation there. The tag will continue for four police stations areas in these districts, including Namsai and Mahadevpur police stations in Namsai district, Roing in Lower Dibang Valley district and Sunpura in Lohit district. 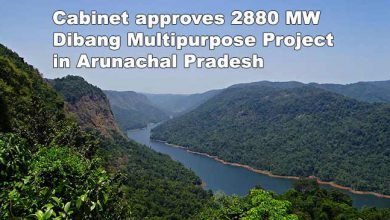 IAF AN-32 crash: 6 bodies recovered from site in Arunachal Pradesh