The headman of village Bakur sought help from BSF. Accordingly, the BSF troops of BOP Dawki, 30 Bn BSF, reached the spot with filled water tanker to extinguish the fire. With best efforts of BSF, fire was put under control and villagers trapped in fire were rescued. 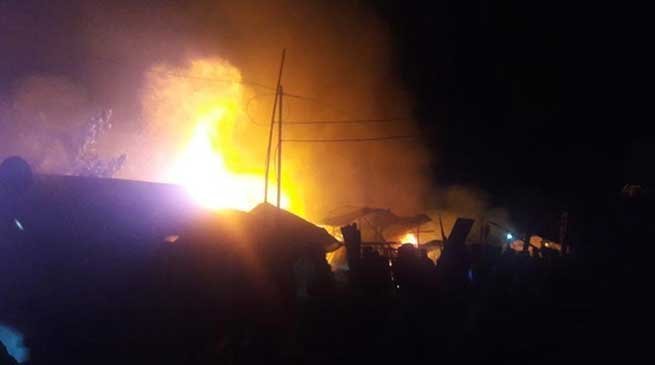 Later on, police from PS Dawki also reached at the spot with fire brigade and water tankers. The fire was totally extinguished after the joint effort of BSF, police, Fire brigade and villagers.The effort and prompt action by BSF was highly appreciated by locals.

Assam: Rally brought out to create awareness on child related issues in Hailakandi