SHILLONG-   The Passing Out Parade of the 191st Recruit Training Batch of 58 Gorkha Training Centre was held on 30 Sep 2021 at Harish Parade Ground, 58 GTC, Shillong.

In an impressive ceremony, a total of 252 Recruits took the ‘Oath of Affirmation’.

The Parade was reviewed by Lieutenant General PN Ananthanarayanan, SM, General Officer Commanding 9 Corps, Colonel 8 GR & the President Gorkha Brigade who congratulated the Young Soldiers for the successful completion of their training and stressed upon the importance of valour, honour, ethos, sacrifice & putting the service before self in line with the finest traditions of the Indian Army. 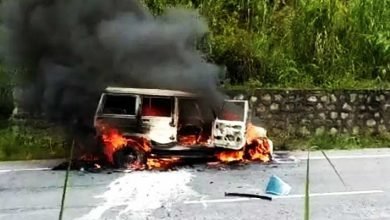