Thousand of activists of All Bodo Student’s Union (  ABSU ) National Democratic front of Bodoland -progressive, NDFB (P) and and PJACBM took out a MAHA RALLY from Rajghat to Parliament in demanding creation of a separate  Bodoland state.

Talking to Northeastindia24 Promod Boro, President of All Bodo Student’s Union informed that ” The 5 lakh people from proposed Bodoland area and Assam have signed in blood desiring to live with dignity and freedom of self government in Bodoland state. Taking these signatures the joint movement group from the Maha Rally from Rajghat to Parliament Street makes this submission”.

It must be mention here that,  “the  Bodo people started their democratic movement in 1967 and is still going on despite signing of two Bodo Accords in the name of resolution of the Bodo problem”

“Bodo people expected that the two Bodo Accords would be able to protect, preserve and promote the identity, language, culture, traditions and customs, and also would empower them with proper political and land rights. Unfortunately nothing of these short had happened”.  alleged the ABSU president, Promod Boro.

Boro said that ” the Government of India held a tripartite talk in political level in New Delhi on the 26th April, 2017, in which the Union Home Minister Mr. Rajnath Singh, Chief Minister of Assam Mr.  Sarbananda Sonowal, Transport Minister of Assam Mr. Chandra Mohan Patowary, Top ranking bureaucrats of the Home Ministry of the Union as well as the State governments and the leaders of the ABSU, NDFB (P), PJACBM and UPP (L) took part and urged the government to resolve the problem.  Home Minister Mr. Rajnath Singhji stated that it was a good beginning and assured that talk would be held continuously because solution comes out through discussion. It was the first political level talk of NDA-II Government in centre and we were hopeful that talk would take place regularly as it was assured. But, eight months have already elapsed and no initiative is taken so far to resolve the issue or resume the talk”.

We, the joint movement group is dissatisfied with the lackadaisical attitude on the part of the Government of India towards the issue. We have already undertaken some agitational programs for the demand of creation of separate state of Bodoland, including,  24 Hrs National Highway Blockade  in the 2nd Week of December, 2017, Mass Hunger strike in the last week of December 2017, and Economic Blockade for 10 Days in the, last week of January, 2018. 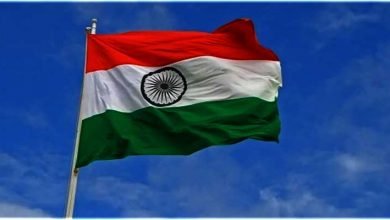