The accused have been identified as Ziaul Hoque, Lutfur Rahman, Aminul, Hanifur and Shahidul. The Guwahati police also seized Rs 15 thousand in cash, three vehicles and six mobile phones from the possession of the fraudsters.

Arrested persons fraudulently change the ATM cards of unknown persons to withdraw money. Two cases of ATM fraud were registered against them on October 4 and 5. After thorough investigation of the cases, the Guwahati police managed to arrest the five fraudsters on Sunday”.

The DCP, East Guwahati, Sudhakar Singh said that “We registered two cases at the Hatigaon police station where fraudsters duped two elderly people in an ATM booth by exchanging their ATM cards and fraudulently withdrawing Rs 68,000 and Rs 1.10 lakh from their accounts. W verified the CCTV footage and identified one vehicle used by one of the accused and arrested him. Based on his confession, we arrested the remaining four accused”

“It was a big gang which was active in and around Guwahati. They have amassed massive wealth by these fraudulent means. We are now investigating to find out how many people they have duped, informed” DCP said.

Earlier, the two victims had lodged complaints and said that their ATM cards were changed by some unknown people by showing to extend help to them when they went to the ATM booth to withdraw money. When they returned home, they came to know that Rs 68 thousand was withdrawn from one account and Rs 1.10 lakh was withdrawn from another account.

After checking the CCTV footage of the ATM booths, the police identified a car and arrested its owner. Thorough investigation led to the identification and subsequent arrest of all the accused. 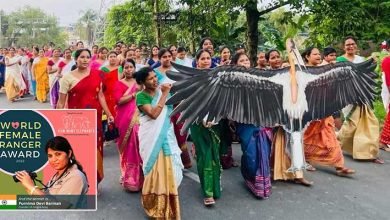